As we all know, the Holidays are a time to spend with family and loved ones. It is important to have good company during these hard times we are all going through, but how we spend our precious time with them is important too. So, in order to keep the spirits high and get a little distracted from the harsh reality we bring you a traditional game.

This typical dice game doesn’t have archives or testimonies about its origin. It is believed that it got famous in Latin America around the 13th Century. The name is said to be a tribute to the revolutionary leader and general of the South American independence Manuela Sáenz. She was also known and remembered by fighting along with Simon Bolivar. Legend says that when South American leaders of the revolution weren’t thinking about the battles with the colonizers they played with dice. 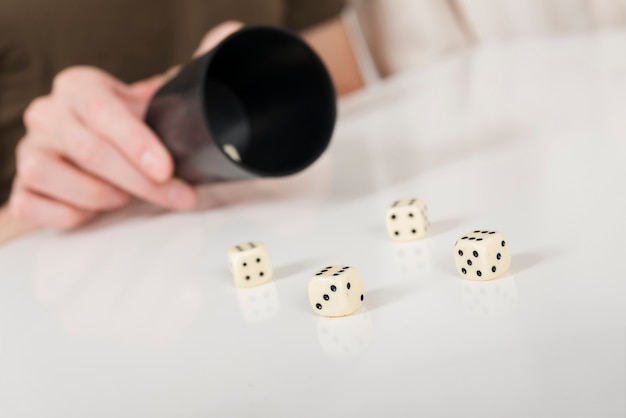 It consists of a simple cup, five six-sided dices and a special system of points. During the thirteen rounds of the game, each player must do all the combinations on the score sheet, throwing the die until three times per ground. The goal is to look out for similar dices For example: three dices that fell on 6 are worth 18 points (Three to the six)

The scores on the sheet include:

Escalera: You must have all the dice with correlative numbers.

Pócker: Four dice with the same number + one different. 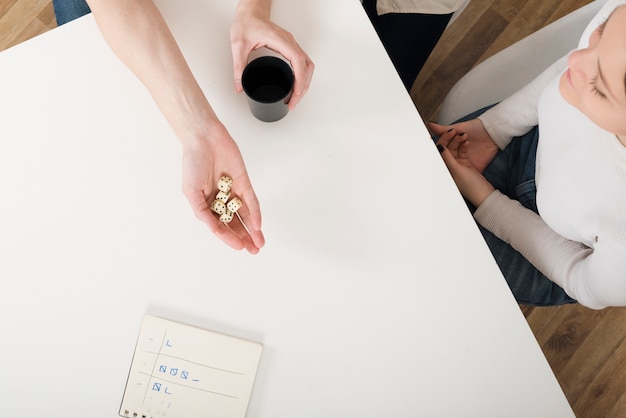 In Argentina, holiday season means summer. That is why this game, along with “El Truco” or the worldwide famous “Uno” for us are highly related to evenings at the beach, beside the pool, or maybe an after dinner with friends.

It is simple as it is exciting, sometimes you start playing it without much expectation but later you find yourself shouting at the dice for not having the numbers you expect them to have. It never goes out of style that is why you can also share it with more than one generation and have the same amount of fun.

We hope you can enjoy a little bit of South American tradition through this board game we love so much. Don’t forget you can buy it online here at www.pampadirect.com